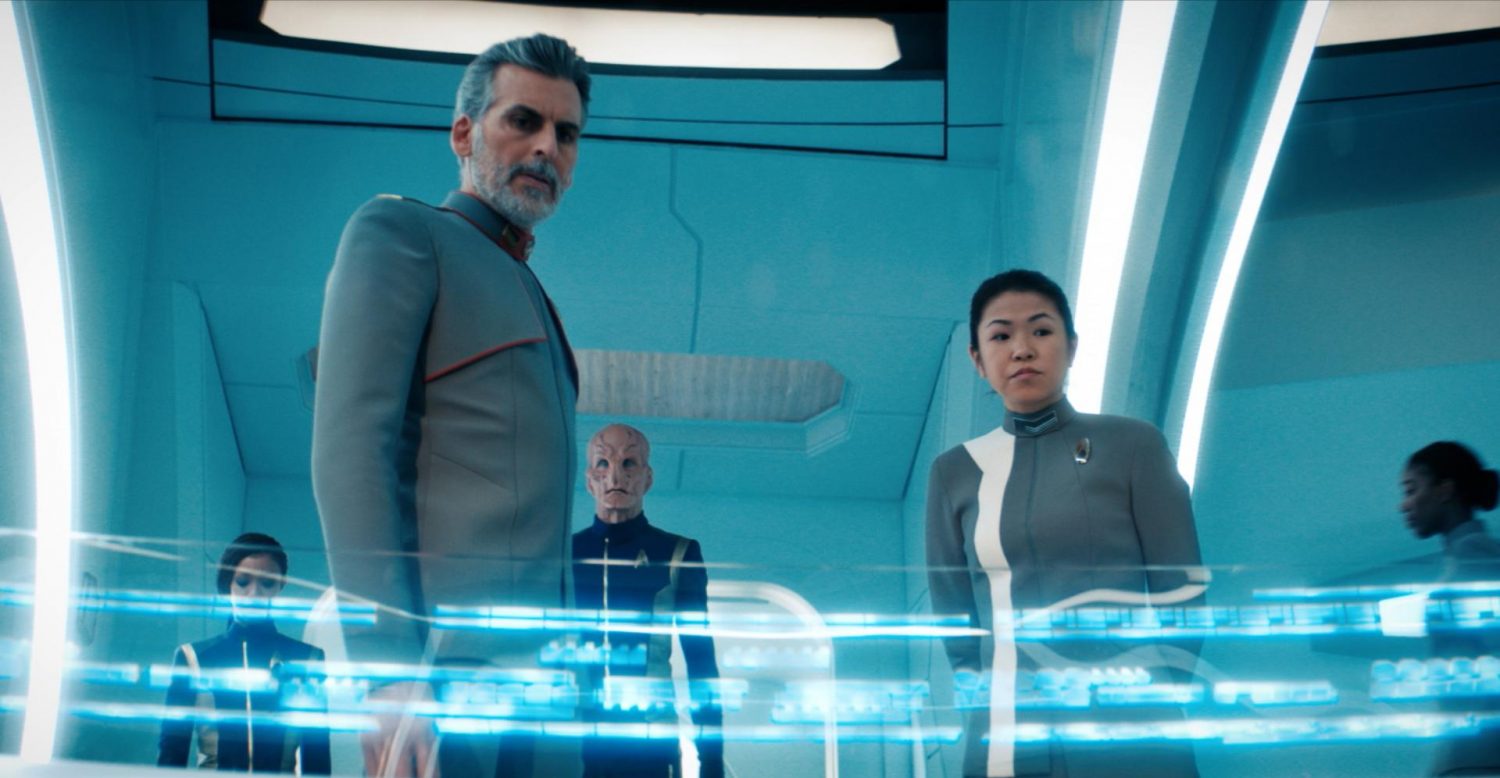 As we prepare for the holidays, enjoying family and friends, CBS All Access was kind enough to drop two exciting videos for us. One was the final trailer for Season Two. The other was filled with interviews and clips from behind-the-scenes of Season Two. Both did one thing: whet our appetites for the new season just a few weeks away from the beginning.

Here’s a break down:

Spock V.O. – “There is a great responsibility at hand.”

Spock V.O. – “This could be the defining moment for multiple civilizations, millions of lives. The future could be determined by our actions – yours and mine.”

Pike V.O. – “We are investigating seven red bursts, which typically herald the arrival of a being we call The Red Angel.”

Spock V.O.  – “This Angel showed him an apocalyptic vision. Someone or something is going to end all sentient life in the galaxy.”

The person on the shuttle is revealed to be Mirror Georgiou, who has taken on the identity of Captain Georgiou of the prime universe.

Tyler V.O. –  “It is Section 31’s position the Red Angel should be considered dangerous.”

Finally, in the behind-the scene trailer entitled “What to Expect in Season 2,” we get a few new images but THIS ONE was specifically intriguing to me.

All of this is making me want January 17th to get here as quick as possible! What about you?