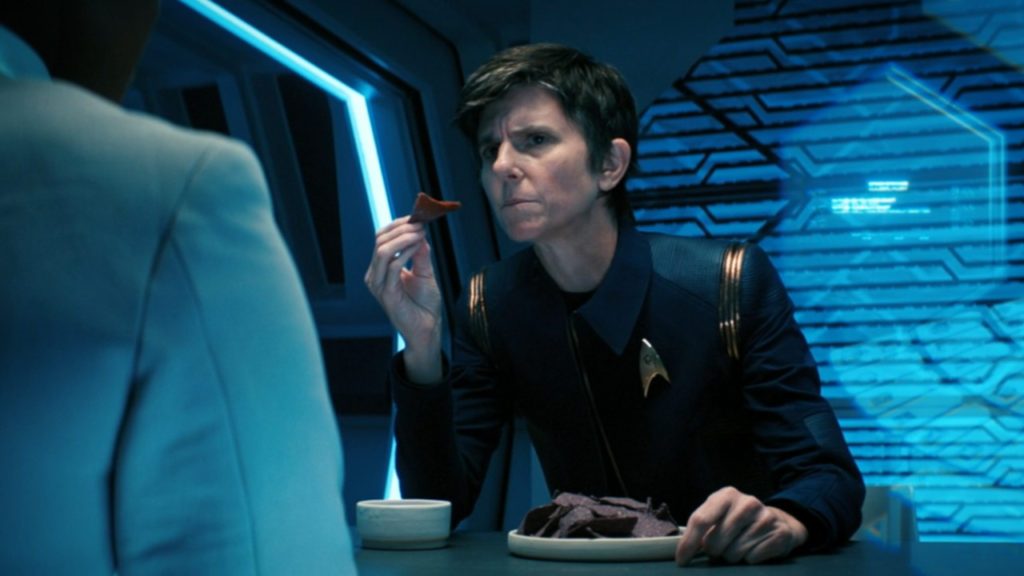 Today’s episode features an analysis of “New Eden,” Season Two’s second episode. Addell and Gary look at how the episode introduces another major theme to be tackled throughout the season, that is the exploration of science vs. faith or a belief in a higher power.

Also on the agenda, the couple provides some observations on specific character developments and plot points they had while watching the show.

Finally, our two hosts will report on other Star Trek-related news.

It’s another great episode of Season Two, although we do have some issues with a few aspects of it. Nevertheless, it’s another rich chapter in Discovery’s story that provides us with some key revelations.  #LLAP

Here’s how to watch Season Two:

Also, beginning January 18, international fans can see every Friday on:

Rest of the World – Netflix.

Star Trek: Age of Discovery is a fan podcast for the CBS All Access show STAR TREK: DISCOVERY.

Subscribe to Star Trek: Age of Discovery in iTunes by CLICKING HERE.

Email the show at startrekaod@gmail.com. Follow us on Twitter at @StarTrekAoD and on Facebook at https://www.facebook.com/StarTrekAoD/. Visit our website at http://startrekaod.net where we offer additional articles on Star Trek canon, interesting sidebar issues and aspects of the show.